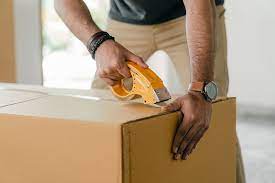 The Pleasanton Real Estate market in the Ironwood Estates neighborhood has shown a relatively disinclined movement, with not a lot of activity during the season. In the past six months, there has only been one property sold, and only three during the twelve months that have passed. There are two active listings and no pending sales.

For the two active listings, the average price is $1,394,500 which is equivalent $329 per square foot. These two properties have stayed on the market 78 and 56 days, respectively. None of these listings is a short sale or REO.

On the other hand, the three properties sold last year had an average sales price of $1,278,333 which translates to$329 per square foot. On the average, these homes stayed on the market for 58 days. Interestingly, these properties were sold for more than 100% of the asking price. 1410 Briones Lane was a short sale.

This neighborhood, the Estates at Ironwood is a high-end neighborhood featuring large luxury homes that are very excellent, with large generous living areas and luxury finishes in the kitchens and baths. The Ponderosa Residences are exclusive upscale homes on generous lots on Mohr Ave.

While the ironwood Estates community showed a very slow movement in the previous year, the Ironwood Classics neighborhood of Pleasanton has shown no activity at all, and there are no active listings and no pending sales either. The last activities noted for this neighborhood was the selling of four properties during the last eighteen months.

The Ironwood neighborhood of Pleasanton is located on the Eastern edge of town, and is very accessible to schools, downtown Pleasanton and Shadow Cliffs Regional Recreation Area. Most houses feature lovely views of the ridge and the hills of the Livermore Valley.